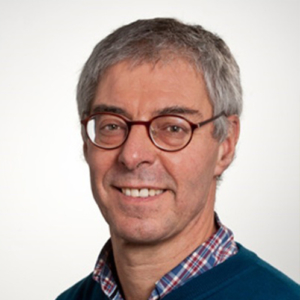 Prof.dr. Eric E.C. van Damme is Professor of Economics at the CentER for Economic Research, Tilburg University, The Netherlands and founding director of TILEC (Tilburg Law and Economics Center). His research interests involve game theory, auction theory, economic theory, competition policy and regulation, experimental economics, bounded rationality and bargaining. Before coming to Tilburg, Eric van Damme had been affiliated with the Technical University of Delft (The Netherlands), the JL Kellog School of Management at Northwestern University (Evanston, USA) and the economics department of the University of Bonn (Germany). He has written numerous books and articles on a range of topics involving game theory. Eric van Damme is a fellow of the Econometric Society. He has been member of the Council of the European Economic Association. From 1999 till 2008 Eric held the position of secretary and treasurer of the Game Theory Society. Eric van Damme has extensively consulted to firms and the government in his area of expertise, and acted as an advisor for firms in several spectrum auctions.

Page load link
We use cookies to give you the best experience on our site. You can find more information about which cookies we use or disable them in the settings.

This website uses cookies to improve your experience while you navigate through the website. Out of these, the cookies that are categorized as necessary are stored on your browser as they are essential for the working of basic functionalities of the website. We also use third-party cookies that help us analyze and understand how you use this website. These cookies will be stored in your browser only with your consent. You also have the option to opt-out of these cookies. But opting out of some of these cookies may affect your browsing experience.
Necessary Always Enabled
Necessary cookies are absolutely essential for the website to function properly. These cookies ensure basic functionalities and security features of the website, anonymously.
Functional
Functional cookies help to perform certain functionalities like sharing the content of the website on social media platforms, collect feedbacks, and other third-party features.
Performance
Performance cookies are used to understand and analyze the key performance indexes of the website which helps in delivering a better user experience for the visitors.
Analytics
Analytical cookies are used to understand how visitors interact with the website. These cookies help provide information on metrics the number of visitors, bounce rate, traffic source, etc.
Advertisement
Advertisement cookies are used to provide visitors with relevant ads and marketing campaigns. These cookies track visitors across websites and collect information to provide customized ads.
Others
Other uncategorized cookies are those that are being analyzed and have not been classified into a category as yet.
SAVE & ACCEPT
Go to Top