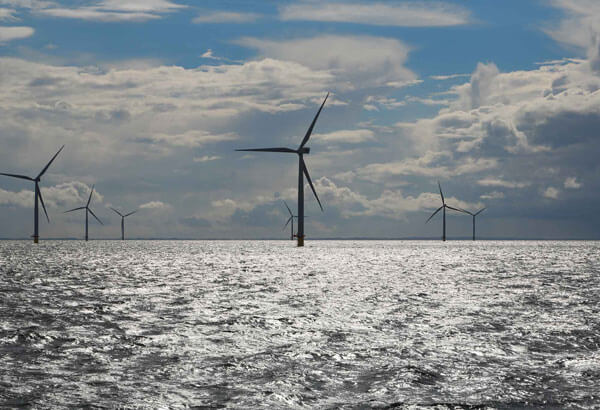 Recently, the Netherlands started conducting offshore wind farm auctions. In these public tenders companies compete with each other to secure a permit and associated subsidy to build and operate a wind farm. The company/companies with the lowest bid (in eurocents per kilowatt hour) win(s) the auction. The winner(s) will receive a permit to build and operate the wind farm and will be granted the associated subsidy.

One 700 MW wind farm off the coast of Borssele has already been auctioned. Four additional offshore wind farms, each 700 MW, will follow in the coming years, also off the coast of the provinces of North and South Holland. Combined, these five wind farms will have a combined capacity of 3,500 MW, generating enough electricity for more than five million households.

We offer the following services:

For bidders who are participating in an offshore wind farm auction we develop an optimal bid strategy based on game theoretic analysis and/or auction simulations. We also perform valuation studies and market competition studies that serve as input for the bid strategy analysis.

Bidding in these kind of auctions can be complicated. For example, the first 700 MW wind farm auction in the Netherlands was a first-price combinatorial sealed-bid auction where companies could bid on lot I, lot II and/or lot I+II. When determining their bid strategy, bidders should not only decide on how high to bid, but also on the number of bids (up to three). Each bid has an impact on the probability of winning (of lot I and/or lot II) and the profit margin.

Given the government agencies’ objectives, we design the optimal auction based on game theoretic reasoning, laboratory experiments and/or auction simulations. We not only advise on the auction format, but also on the design details of the auction, including the packaging of the lots. We also provide in-house training on auction theory and practical lessons from real life auctions for government agencies.

Page load link
We use cookies to give you the best experience on our site. You can find more information about which cookies we use or disable them in the settings.

This website uses cookies to improve your experience while you navigate through the website. Out of these, the cookies that are categorized as necessary are stored on your browser as they are essential for the working of basic functionalities of the website. We also use third-party cookies that help us analyze and understand how you use this website. These cookies will be stored in your browser only with your consent. You also have the option to opt-out of these cookies. But opting out of some of these cookies may affect your browsing experience.
Necessary Always Enabled
Necessary cookies are absolutely essential for the website to function properly. These cookies ensure basic functionalities and security features of the website, anonymously.
Functional
Functional cookies help to perform certain functionalities like sharing the content of the website on social media platforms, collect feedbacks, and other third-party features.
Performance
Performance cookies are used to understand and analyze the key performance indexes of the website which helps in delivering a better user experience for the visitors.
Analytics
Analytical cookies are used to understand how visitors interact with the website. These cookies help provide information on metrics the number of visitors, bounce rate, traffic source, etc.
Advertisement
Advertisement cookies are used to provide visitors with relevant ads and marketing campaigns. These cookies track visitors across websites and collect information to provide customized ads.
Others
Other uncategorized cookies are those that are being analyzed and have not been classified into a category as yet.
SAVE & ACCEPT
Go to Top